Posted on 13 September in Updates
0 Likes · 0 Comments
Click here to create your own clan or guild website
Welcome to the first blog post! I'm really happy to announce over 12 new features and improvements, in addition to our new blog.

Round robin tournaments have been added today![/caption]

The major drawback of round robin tournaments is duration: if you have many teams playing then each team needs to play each other team. The robin round tournaments feature doesn't scale so well with number of teams. If you're running huge tournaments then you're probably much better off using an elimination type tournament. 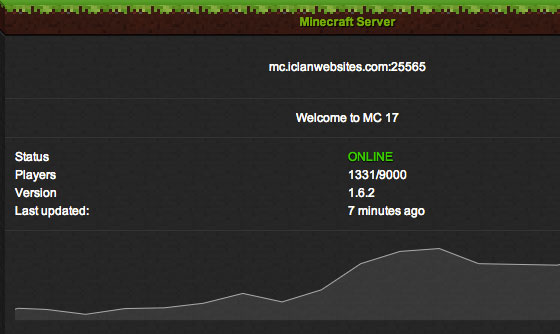 The new site visitors panel is a simple panel that displays the number of visitors grouped by country. This is particularly nice for multi-national clans & guilds who have players all over.

The events panel has had an overhaul due to popular request. The events panel now displays the upcoming events and lets you set your attending status there and then. Tidy!

The following new features/improvements have also been made: We also have a new tutorial video. This video covers changing your website banner and text color. Check it out! http://www.youtube.com/watch?v=JcKm4dTPNVk

Have a great weekend gamers!

Are you ready to start your free community website?

Get started now by filling in the form below. It's quick, easy and free!

Please answer the captcha that you see below: